So much so that there really isn’t a solid one answer to which is the hardest. Each different musical instrument family has unique characteristics that makes instruments from that category difficult to play. Some instruments are also extremely hard to pick up at the beginning, but become like a second language once you have been playing for a year or so. Whereas some instruments are quick and easy to start playing, but they become infinitely harder to progress with as you try to master the instrument.

The 5 Hardest Instruments To Learn (And Why) 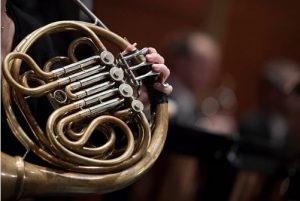 Learning to play the french horn is renowned for being extremely difficult but very rewarding to learn to play.

The french horn is considered one of the most difficult instruments to learn of the brass family. Learning to play involved developing a lot of control in the placement of the lips, as a slightly wrong lip placement can drastically affect the note produced.

The french horn is also quite difficult to hold, its large and awkward rounded shape make it hard to play for long periods of time. Some orchestras will even have a backup lead horn player, as the first player may get too tired to continue producing perfect music after a long period of time. 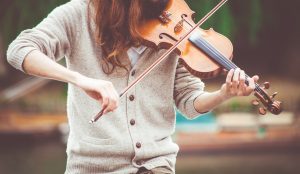 The violin is hard to play, I know this from first hand experience. There are not guides for your finger placement for one; this doesn’t become such a problem after years of playing, because just like a computer keyboard, you begin to memorise where are the positions are without needing to look. However, when trying to play more complicated music, it becomes hard to be able to place your fingers in the exact right spot every time, without a lot of practice.

The main difficulty with learning to play the violin is trying to produce a beautiful tone. Anyone can hold their finger in place and drag a bow across the string; the hard part is trying to do this beautifully, to produce a full and rounded sound at the correct volume, tone and pitch, for the correct length of time without running out of bow length.

Other things that make the violin difficult to learn are trying to hold it on your shoulder in the first place, in a way that enables you left hand to move freely up and down the fingerboard. When you advance in you violin playing skills, you will also need to learn a lot of new finger positions, to go higher up the neck of the violin and develop a good vibrato, which is quite difficult, but necessary to produce a professional and beautiful sound. 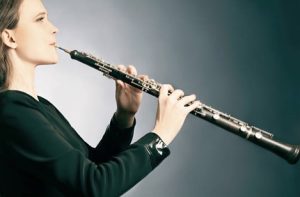 We were not sure whether to include the oboe or the flute in this list of difficult instruments. We went with the oboe although it was hard to decide. Both the oboe and the flute take a lot of mouth, lip, tongue and breathing control to play.

As well as a never ending run of keys to press on both woodwind instruments, players must control the note with their mouth and pressure of breathing.

Because the oboe needs so much air pushed into it to sustain the notes, more advanced players have to learn to breath in and out simultaneously. Oboe players will learn to breath in through their nose, at the same time as breathing out through their mouth through a reed, into the instrument. Pair this this holding the instrument, blowing at the correct pressure and pressing the correct keys to get a good tone. The oboe is one difficult instrument to learn to play! 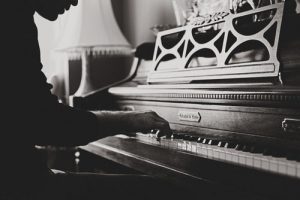 The piano will lure you into a false sense of security, you can start off playing beginners one handed music and learn simple tune within a few minutes. Pair that with some simple left handed chords and you can piece together most of a simple tune in a couple of hours.

This is because when you play a piano or keyboard, you simply press a key and the note sounds perfectly. It becomes much more difficult when you try to develop a more advanced piano playing level.

Playing the piano well means being able to play simultaneously with both hands at different tempos and just to make it even harder, in two different clefs. The right hand plays in treble clef (like a violin) and the left hand plays in bass clef, (like a cello). Trying to sightread music that is written in two clefs at once for two separate hands going at different tempos and then having to worry about turning music pages and pressing the piano pedals as well, to create a more expressive sound and you start to realise why the piano is one of the hardest instruments to play.

“The piano is the easiest instrument to play in the beginning, and the hardest to master in the end.” 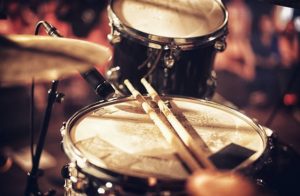 For most people, even a simple rhythm is hard enough to keep up and the quickly loose time or speed up the tempo without realising.

When you have to hit a variety of different drums, cymbals and you throw other percussion instruments into the mix, the drums become increasingly difficult.

Playing the drums is something that is usually not done alone, other than when practicing or perhaps for a drum solo. Drums are so hard to play with other people and instruments around like in an orchestra or band, because you  are very aware of every noise that is happening around you and have to absolutely stay at perfect tempo, otherwise you will throw the whole piece of music off as the drums can be heard above everything else.

All of this complexity in playing the drums is one thing but then with the added physical aspect of playing the drums thrown in, you start to appreciate just how talented drummers are. It is incredibly demanding and exhausting to play for long periods, (but very fun also).