If you’re faced with the decision ‘should I learn violin or cello?’ it can be a tough one to make…

Both instruments are beautiful in their own ways and have pros and cons to choosing one over the other.
Of course you don’t want to make the wrong decision and spend the next few years realising that you wished you had picked the other instrument. 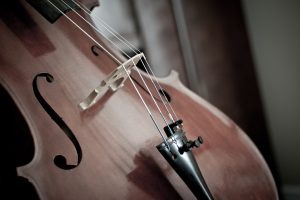 But it really isn’t the end of the world if you choose to switch between violin and cello in the future, everything you will learn from studying one instrument will give you a step in the right direction to learning the other.

This guide will help you to decide whether to learn to play the violin or the cello. 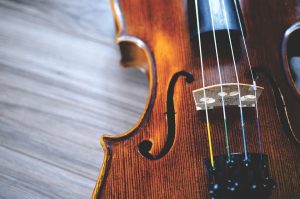 Sound of violin vs cello

Many people can relate more to the sound of a violin as the range and tone is similar to the human voice.

The sound of the violin is obviously much higher and can get quite squeaky when you get to playing in 7th and 8th position and possibly even higher when you get more advanced.

The cello has a much deeper and rich sound, and the music is written and read in bass clef.

However, when a cellist gets to a more advanced level, they have the option to learn a total of three clefs instead of just one, to reach the higher notes.

Popularity of violin vs cello

There is a huge following for both violins and cellos, the violin tends to be the most recognisable string instrument and has been popular now for over 400 years.

Violins are usually cheaper to buy than cellos, (if you’re looking at anything from beginner to advanced shop bought violin or cello.)

The number of violins in an orchestra is usually far higher than cellos too, which means that there is usually more demand for professional violinists.

When talking about solo musicians, there has been a huge increase in the popularity of cellists recently. Solo cello music is often more subtle and relaxing than solo violin music.

It is often easier to notice the expressiveness in the sound of a cello for non musicians than it is with a violin.

Difficulty of violin vs cello

Both instruments are hard to learn and take time and dedication to play them well.

The cello player has to have the ability to switch between three clefs once they become more advanced, which is quite daunting.

The violin is more difficult to hold as it needs to balance freely underneath the chin. The hand position is also more difficult at first at the twist of the wrist is an unnatural position.

The other thing that makes the violin difficult for some people is the positioning of the fingers on the strings, which are very close together near the top of the violin, (near the tuning peg area).

Practicality of violin vs cello

The violin is without a doubt more practical than a cello to transport, carry, set up and play – you need less room too.

Cellos usually have to played sitting down with the legs wrapped around the cello body at either side. A violinist has the freedom to move around.

Violins are of course much lighter than cellos too, they can be easily carried on your back when travelling even on public transport.

The best way to decide wether to play violin or cello.

We hope this guide raises some points and helps you in deciding whether to learnt to play the violin or cello.

Ultimately, the decision comes down to sound. Often cellists will simply have no interest in learning to play the violin and likewise, because they love the sound of their instrument so much.

Go and listen to some music and see which instrument makes your heart beat faster.